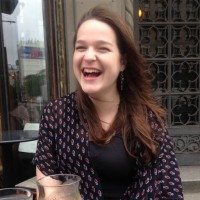 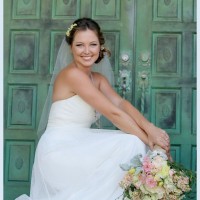 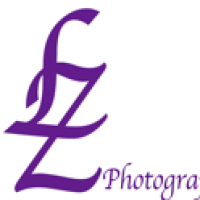 I mostly grew out of my birthday obsession habit. I am an adult now and I have more important things to focus on during the year than my next birthday party. I grew up so much that I only get excited about my birthday ONE MONTH in advance! I don’t think I can get any better than that.

On Pinterest, I found a recipe for unicorn poop. Looking up unicorns on Pinterest, you will be accosted with all forms of unicorn bodily functions. The internet is filled with unicorn poo, farts, and barf… But, do not fear, only good things can come from a unicorn. This is why unicorns fart rainbows and poop cookies.

This magical awesomeness had to manifest itself into a party. If it was that last thing I do, I was going to have a unicorns and rainbows party with unicorn poo on the menu to celebrate my 25th year of immaturity. I had my party fully drawn out in a notebook and planned by the beginning of September. I spent the better part of the month experiencing a quarter life crisis while making the best Unicorns and Rainbows birthday party ever a reality.

Here, have a copy of my party invitation:

To set the party mood, we first watched episode one of Charlie the Unicorn, a mini series on YouTube about an irritable unicorn named Charlie who goes on an adventure with his annoying unicorn friends.

We played Travel Pictionary for our party game. Travel Pictionary is a riotous combination of pictionary and telephone that is a classic within my family. I desperately wanted to add “unicorn horn ring toss” to the night’s games by playing ring toss with the party hats we were going to wear on our heads. Lee turned down the idea on claims that our crowd is too old for that sort of thing. Whether or not my friends and family are too old for unicorn games, they all were good enough sports to wear my DIY unicorn horns. Thus, for the first time in my life, I felt old. Please don’t be afraid to play unicorn horn ring toss at your next unicorn theme birthday party for grown ups, and send me pictures to prove it!

I Was Born (A Unicorn) – The Unicorns

and tunes from the soundtracks from Legend and The Last Unicorn.

The enormous rainbow in our living room was inspired by Color Wheel Ceiling at Housing a Forest. Except, I did not find it in my finances to buy enough crêpe paper to circle my entire living room. Also, as good of an idea it is to use a hula hoop, I don’t have a ceiling fan, but I do have a hook conveniently placed in the ceiling right in the middle of my living room. We have several of these hooks. I believe the previous tenants had a hanging garden.

My unicorn poster is made on cardboard with acrylic paint, a wide felt tip marker in black, and a touch of glitter glue. The rainbow dots garland is gift wrap tissue cut into double-sided dots and a chord.

The cake at this party made me want a cake like hers. So I made a cut-out unicorn topper.

Save an image of a unicorn silhouette. Place the silhouette in Photoshop and color with a rainbow wash. Print the image and glue to another piece of paper for stiffness. Let it dry completely. With a mat board and precision knife, cut out the unicorn very carefully. Glue two toothpicks to the back of your unicorn to make a cake topper.

The cake: Shirley Temple Cupcake converted to a cake

Unicorn Poop: The original unicorn poop recipe. Not only a good recipe, but a fun read.

The cake: Shirley Temple Cupcake converted to a cake

I had a fantastic birthday party. I never felt so old and young at once in my life. Remember, you are only young once, but unicorns and rainbows last forever.

I had a fantastic birthday party. I never felt so old and young at once in my life. Remember, you are only young once, but unicorns and rainbows last forever.

Alison Rushing is a journalism and art student at the University of Memphis. Rushing also works at a puppeteer throughout the year. View all posts by Alison Rushing

This site uses Akismet to reduce spam. Learn how your comment data is processed.